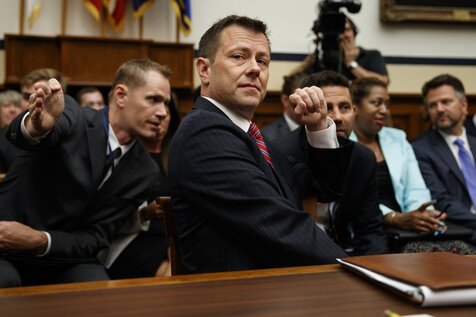 We all witnessed how the Obama Administration, in conjunction with the Clintons & corrupt officials inside the FBI, CIA, and NSA, used Sections 215 & 702 of the Patriot act against political adversaries. After the events of January 6th, 2021, in Washington DC, the FBI relied heavily on these sections to cast massive dragnets on American citizens. If you were in DC that day, trust me, you are on that list!

What's worse is the cooperation the FBI received from specific working groups inside the intelligence community, who happened to have information on American citizens who had just been categorized as "Potential Domestic Terrorists." These are two glaring examples of why these sections need to be repealed. The swamp won't like it, for these sections allow them to act like the STASI with zero repercussions. The people of South Carolina are not domestic terrorists simply because of proximity to certain cell towers the FBI deemed as a target location.

The Patriot Act was passed in a breathless manner after 9/11, driven by fear and a desire to open up the statute to allow broader electronic collection. The abuse impacts us all, for it cancels the 4th Amendment protections of every American. No official in the US Government should be allowed to create a collection target list using national collection assets, which is done without review by a Federal Judge (and only after a sworn affidavit is reviewed and sworn to facts in front of a federal Judge). The US Governments  "Ticking bomb" defense of the statute is now and has always been a false claim. By having a judge on call, it is easily addressed by the "Duty Judge," like every metropolitan police department in the nation does on the state and local level. The last five years have shed a bright light on the abuse of these two Patriot Act elements. They must be repealed.
Section 215 Patriot Act

Section 215 allows the government to obtain a secret court order requiring third parties, such as telephone companies, to hand over any records or other "tangible thing" if deemed "relevant" to international terrorism, Page 22 counterespionage, or foreign intelligence investigation.

Section 702 permits the Attorney General and the Director of National Intelligence to jointly authorize the targeting of persons reasonably believed to be located outside the United States but is limited to targeting non-U.S. persons. Once authorized, such acquisitions may last for periods of up to one year.
The term "foreign intelligence" conjures images of spies collecting information about our adversaries in other countries. But Americans can get caught up in foreign intelligence investigations, too – whether they are targets themselves, communicating with targets, or simply sending e-mails that get stored or routed overseas.

Since the 1970s, there have been laws in place to safeguard Americans' rights in foreign intelligence investigations. But some of these laws have been significantly weakened since 9/11, while others were too weak, to begin with. The inadequacy of civil liberties protections in the law creates enormous potential for abuse without any corresponding security benefit.

This collection of resources focuses on three legal authorities that provide insufficient protection for Americans' privacy rights and law-abiding citizens of other countries.

Section 702 of the Foreign Intelligence Surveillance Act (FISA): This law was passed in 2008 to legalize President George W. Bush's warrantless wiretapping program. It removed the requirement, in place since 1978, that the government obtain a warrant from the FISA Court when seeking to wiretap communications between a foreign target and an American from inside the U.S. It also greatly broadened the scope of permissible foreign targets, including private citizens not suspected of any wrongdoing. The FISA Court must approve the general procedures for Section 702 surveillance but does not approve individual targets. In a phrase, this is the issue.

Although the target must be a foreigner overseas, Section 702 surveillance is believed to result in the "incidental" collection of millions of Americans' communications. Agencies make broad use of these communications, notwithstanding the fact that Section 702 requires them to "minimize" the retention and sharing of Americans' information. For instance, the FBI may comb through Section 702 data for information to use against Americans in ordinary criminal cases.